The Incheon Free Economic Zone (IFEZ) announced that a memorandum of understanding was signed on March 11 with the Namangan regional government of Uzbekistan for developments of its free economic zone. This initiative signals a new emergence in bilateral relations in which Korea and Uzbekistan show a good partnership model to the world.

Along with the recent step, both sides have signed four memorandum of understanding from the last year. According to this, new investments and projects are awaiting to be completed in the near future.

On the other side, Uzbekistan announced that Korea is ready to help the country's accession to the World Trade Organization after a meeting between Paik Ji-ah, ambassador of the Korean Mission in Geneva and First Deputy Minister of Foreign Affairs of Uzbekistan Ilkhom Nematov on March 12.

Korea and Uzbekistan have a dynamic and productive relationship which covers mostly the economy, energy and cultural spheres. The countries have a totally different historical background and political past but they found a proper way for a strong partnership which implements large regional and international projects.

When we compare other cooperation attempts among countries, Korea-Uzbekistan relations include a very specific example. The countries established the diplomatic ties in 1992. As a former Soviet country, Uzbekistan didn't have any experience in cooperation with a country that had a close relationship with the U.S. On the other side, Korea was a good model with its unique development history. Between 1992 and 2017, 16 high-level meetings were held. At this point, it is important to add other middle-level meetings took place to understand the general scope of the relations.

Uzbekistan became home to the largest Korean diaspora which is called "Goryeo-in," or "Goryeo-saram," around 200,000 people. These Koreans were deported to Central Asia from the Korean peninsula during the Stalin period. In the following decades, all Koreans successfully adapted to the local culture and kept important positions in society. Therefore, Uzbekistan has a special place in Korean foreign policy.


Mehmet Fatih Oztarsu (oztarsu@gmail.com) is a Turkish analyst in Seoul. 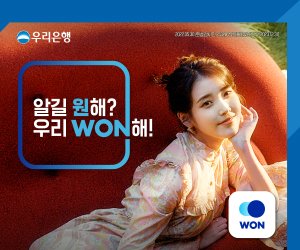